This week, it’s all about the Balinese people and the rich culture they represent.

Women Kecak Dance is also known as the Ramayana Monkey Chant, is usually performed by men forming a circle of 150 or more people, while throwing their arms in the air, reciting chants with specific clothing. This traditional Bali dance portrays a battle from the Ramayana, where “the monkey-like Vanara helped Prince Rama fight the evil King Ravana.” 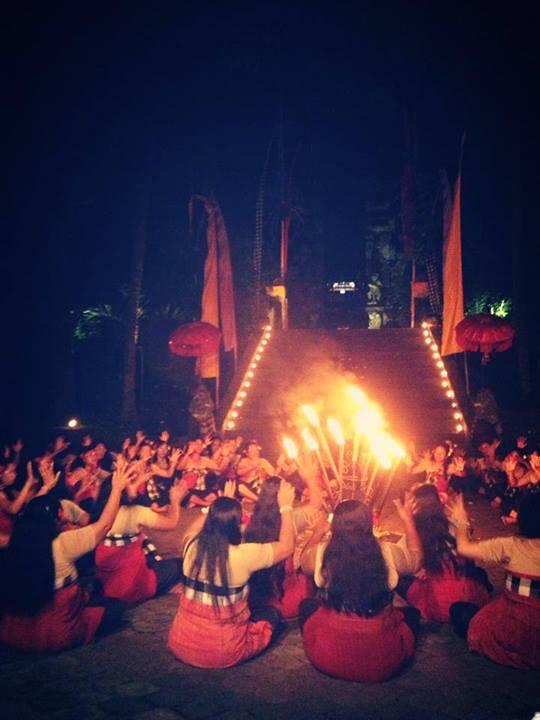 The peculiar thing about this picture is that it is composed of only women, something that is unique to the tradition, although it is of common knowledge to Balinese people that women’s group of Kecak Dancers exist.

BARIS is another one of traditional Bali culture dances performed as a religious ritual ceremony, originally to dedicate warriors and their weapons to prepare for Battle. This dance is performed by a solo character who portrays and displays the inner emotions of young lad before going into battle, to boost his confidence of being a man and ” displaying the sublimity of his commanding presence.” There is also the non-ritual dance where it is still performed by a solo dancer, and many other versions of this dance where some are performed by groups of men, but all of these still maintain the tradition of movements imitating a warrior. 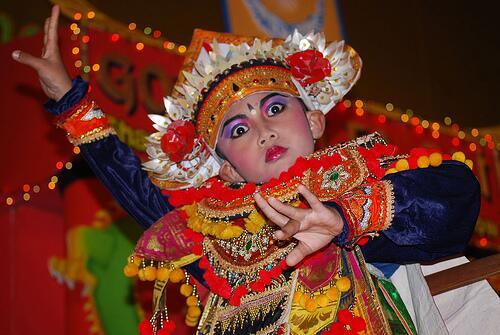 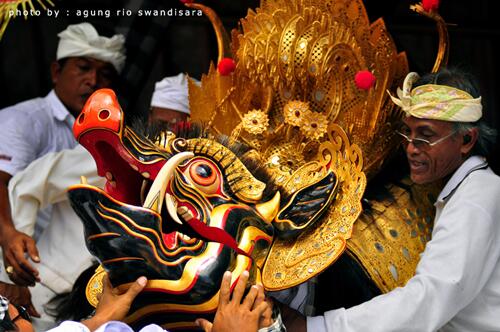 Using photography and shown to the general public, Kapal Village was presented through 25 photographs by 20 different photographers in an art exhibition held last February 21-23 at Wr. Tegan on Jalan Raya Kapal. This yearly tradition by the Kapal Community showed the village through the view of a camera lens, and seen from various different angles.

Ancient sites in the Puru Sada Temple can also be found as this is famous for being a Bali cultural heritage site. “The Puseh and Desa temple having the longest Bale Agung or grand pavilion in Bali is famous for its Kebo Iwa effigy, Waringin Pitu shower, Beji Langon shower, Beji Batan Gatep shower, cave under twin sterculia tree, Beji Prewani shower and others.”

Not only that, the village also boasts of hand-made products like bade tower (for cremation ceremonies), palm leaf and other ritual paraphernalia, attracting the eyes of the photographers who participated. This tradition is hoping to be continued yearly by the organizers. Read further as found in this article.

Now its time to look at the Bali food culture. Bali has its very own unique taste and quality of food. The large variety of dishes that are mostly Indonesia-influenced, the food industry of Bali has a competitive edge in the culinary tourism, particularly betutu or roasted chicken which is an authentic Balinese dish, which is gaining popularity. 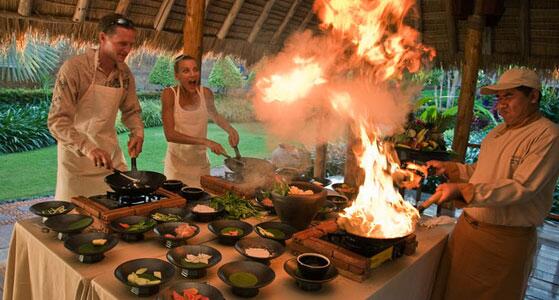 Balinese food will be one of the strengths that Bali needs to boost its tourism and become globally competitive in the food tourism industry, in the hopes of attracting not just tourists, food bloggers and food enthusiasts, but local and national Indonesians as well to visit their own and have a taste of their own food culture. This is one news that Bali and Indonesians themselves will be proud of and boast to other countries around the world.

There other dishes as well that are available in the island that are not just of Bali origin, but Indonesian Tour and Travel Agency Association (Asita) Bali chairman Ketut Ardana encourages the villagers to entice the tourists to try the local dishes, so that these tourists can have specific comments, useful for the development of the quality of Bali food. And if it is already satisfactory to the guests, then what’s left to do is to maintain the quality if food served, taking into consideration any room for improvement. Read for further details in this link.

The People of Bali

It is universal that in every organized state there are always the protectors of peace and enforcers of justice. Who are we referring to? Traditional Police or Local police as to be more familiar to you. 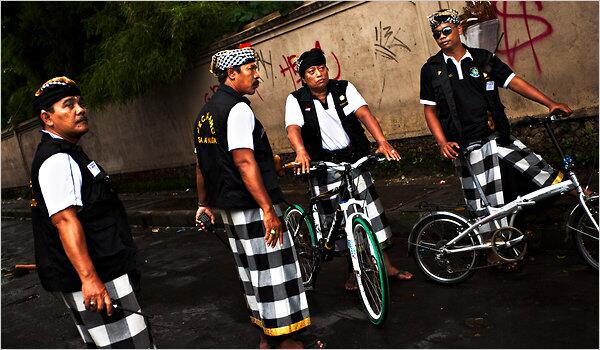 Complete with their bicycles and traditional clothing and head turbans, these Traditional Security police suit up for service of the elections in Bali. Elections is a time that security must be beefed up as unrest can occur anywhere. There specific hotspot areas but the local police is not taking any chances so many officers are stationed in all areas to tighten up security. But not only is the election the main point of deploying these traditional security, but the event also coincides with the Nyepi or the Hindu Day of Silence in Bali, a tradition that has been practiced for years where giant effigies parade the streets. The participating youths who present their effigies usually celebrate by binge drinking, and this is what triggers street brawls and rumbles, and that’s when the local police come in to prevent further damages. Thank you to these brave police and security guards for risking their own lives for the safety of others. Read the full story here.

Finally, since this is a dedication to the Balinese people and culture, its good that we tell you of the growing developments of the tourism market of Indonesia. 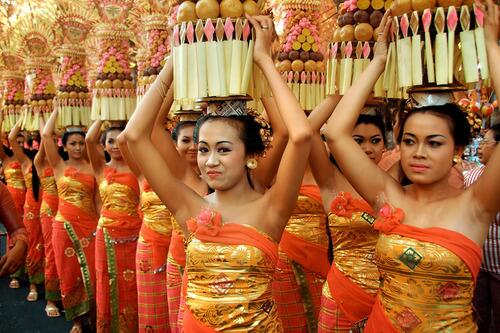 Travel and Tourism Competitiveness Index 2013 reports that Indonesia’s ranking as a top tourist destination has risen and its economy very much improving as it now ranks 12th in the Asia-Pacific region. The number of tourists coming to Indonesia rises yearly of about 7-8%. Most of the tourist population are made up of Australians contributing about 25% in tourists arrivals last year. China, Japan and Malaysia & Singapore rank close behind, respectively.

This good news is something that Balinese should take note of. The people must stand high, proud, but still be humbled by such growing numbers. The Bali Government and the local businesses must strive further to promote Bali as the top premier destination not just in Asia, but in the rest of the world! For more info click this link.