Far away from the hedonistic enclaves of Seminyak and Kuta on the south shore, and the much-ridden barrels of the surfer beaches on the Bukit Peninsula, Bali is an isle of mystery and surprise. At its heart, cascading slopes of rice paddy give way to the ancient temples and monkey-spotted forests of Ubud. In the east, the rugged peaks and calderas of Mount Agung overshadow the canopies and fascinating cultural rituals are enacted between the ridges of the mist-clad hills. Meanwhile, the north offers seclusion and immersion, with empty beaches and just a trace of Dutch colonialism to boot.

This all means that there are plenty of truly unconventional and extraordinary things to do on this, the so-called Isle of the Gods; activities that will prove both eye-opening and unforgettable, not to mention totally different to the usual sand, sun, sea rigmarole of the Balinese stereotype! Check them out…

A clash of warriors at the Perang pandan fighting festival

Head to the highlands of untrodden eastern Bali and delve into the primeval ritual of the Perang pandan. This immersive cultural display of piety, strength and endurance has been a staple of the rustic village of Tenganan since at least the 1400s, and today continues on much as it did all those centuries ago. Shrouded by the misty hills and forest-clad ridges that characterise the Karangasem District in this wilder section of the island, travellers who venture to this one will witness ancient traditions that honour Lord Indra, the god of war, and gain an insight into the unique breed of Hinduism that has flourished here. 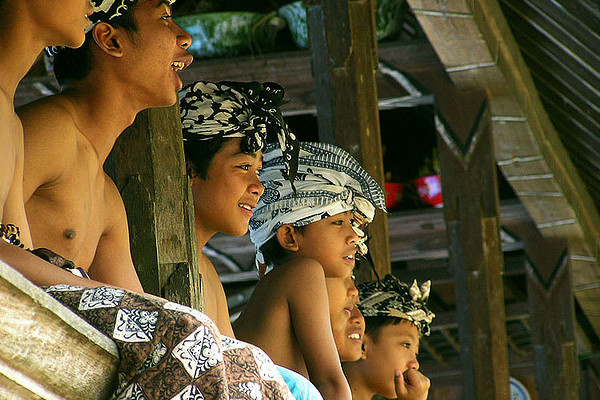 Expression of Joy, onlookers at the Perang pandan | © Riza Nugraha/Flickr

The activities begin in the early afternoon, as the first village warriors suit up, don their sarongs (and only sarongs!) and head out to the fighting pits armed with a thorny pandanus branch and a light wicker shield. Gamelans clang in the background as the duelling pairs take to the field and do battle, slashing at each other’s backs with their spikey weapons in a fierce display of dedication and prostration to the deity. And after the skirmishes are done, participants join hands and celebrate together, the village elders apply healing salves concocted from forest roots and turmeric, and traditional dances and temple offerings ensue.

Leave the hustle and bustle of modern Bali behind for a spell and make for the forest-clad hills that rise around Ubud. Here, some of the world’s most celebrated Tantra retreats can be found hidden beneath the canopy; the perfect environment to explore the sensual, sexual mysteries of this ancient art and practice. Couples can choose from a whole host of different packages, all of which include workshops and tutorials run by experts and masters of the Tantric arts. Expect to delve into the mantras of Taoism, encounter the likes of “Transpersonal psychology”, practice “conscious relating”, explore the nature of intimacy and participate in horizon-stretching group sessions. And as if the Tantra itself wasn’t enough, guests to these luxury getaways get to encounter the wild heart of central Bali up-close-and-personal, with trips to local temples like the Goa Gajah and jungle walking experiences integrated into most programs. 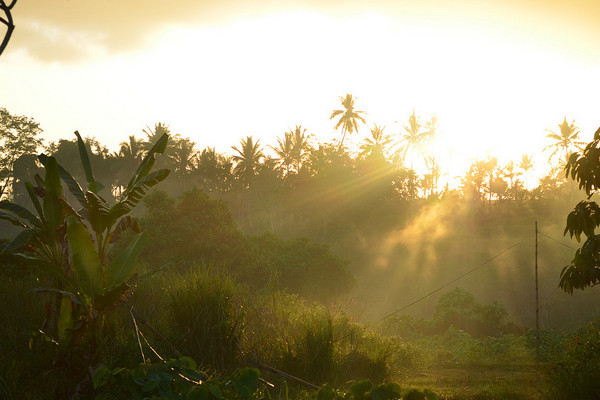 Tantra retreats are available at locations all around the town of Ubud, and are usually held from March until late summer.

Between the months of July and November each year, the off-the-beaten-track western towns of Negara and Jembrana are a hubbub of local activity. Farmers, cattle rearers and rice growers from all over this rural part of Bali flock to dedicated racing circuits at Kaliakah, Pangkum Dalem, Awen and Tuwed to name just a few, all eager for front-row seats in arguably the island’s most adrenaline-pumping and heart-racing traditional festival event: the Makepung buffalo races. 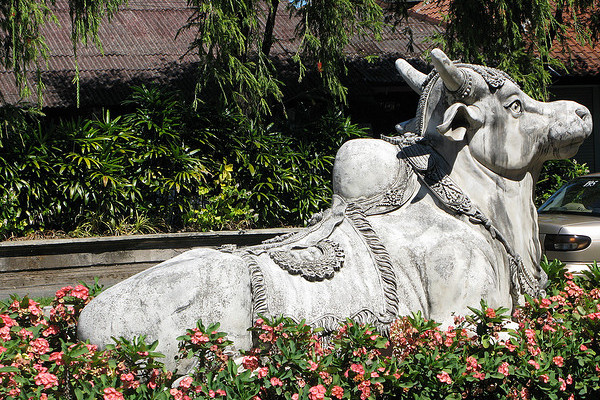 The action starts early, with the first pairs of bovines linked up in preparation for races before 8am. Riders adorn their prized bulls with flamboyant headgear, flags, jangling bells and multi-coloured decorations before mounting rickety carriages behind and heading out to join the fray. A day of races can go on for hours as more and more of the top bulls qualify in their heats, careering through the crowds of cheering onlookers towards the makeshift finishing lines. There’s also a rather curious bovine fashion show to see, which showcases the most stylish and finely dressed Buffalos this side of the Nusa Tenggara!

The Makepung races take place each year between July and November in and around the town of Jembrana.

Visitors who opt to join in the celebrations of the Ngusaba Dodol can expect to see a burst of impossibly bright colour and energy erupt between the verdant canopies of jungle that dominate the heart of Bali and its more rugged eastern edges. This centuries-old religious festival can be seen in all its glory in the village of Selat, which sits in the shadow of mighty Mount Agung in the east, offering a glimpse at the earthy, folksy traditions that still hold firm in the region. 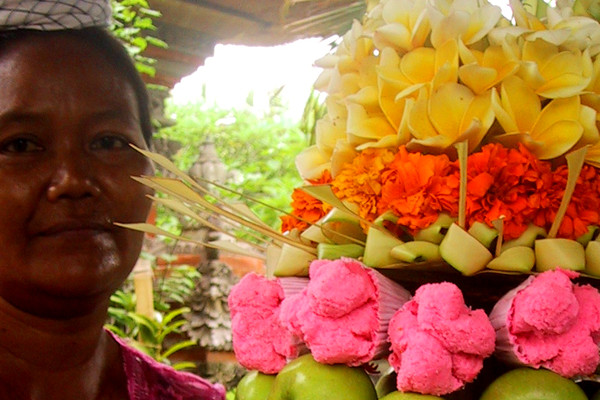 Blooming stacks of fruit, food and orange marigolds flood into the temples during festival time, the mellifluous sounds of Balinese bamboo flutes echoing around the pagodas; incense fumes twisting and turning in the air, adding a distinct perfume to the crowds who come to say thanks for their harvest and to preserve the balance of the Tri Hita Karana – the relationship between god, the earth and fellow mankind that’s central to Balinese Hinduism.

The Ngusaba Dodol takes place annually in the village of Selat.

A conglomeration of thatched-roof cottages and bamboo bungalows that sits sandwiched between the wild and untrodden hills of the Karangasem Regency, Tenganan Village is one of the few remaining Bali Aga villages: remote and untrodden places, where the society, religion and culture still stem from millennia-old, pre-Hindu traditions. 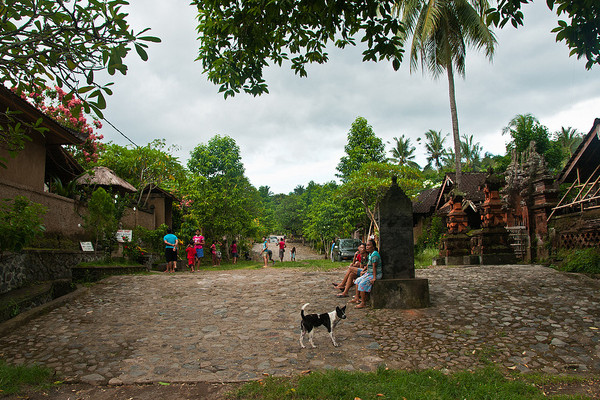 Visitors who head to this unexplored settlement shrouded by misty jungle and volcanic hills in the east will encounter legends of ancient Balinese kings and mythic rituals that hearken back to the centuries of pre-Majapahit rule and influences from the great Buddhist dynasties of Central Java. There’s oodles of old lichen-spotted architecture to see, along with the earthy homesteads of the villagers. This is also a chance for travellers to catch a glimpse of the unique art of ikat weaving; a meticulous craft of fabric making for religious purposes that’s done only by the women of Tenganan Village.

Tenganan village can be found in the Karangasem Regency, east Bali.

Wrestle in the rice paddies at the Mepantigan Balinese mud games

A high-energy mashup of taekwondo, kickboxing, karate, mud wrestling and religious devotion, Mepantigan is something of a relatively recent arrival on Bali’s line-up of ancient fighting arts. Brought to fame by the revered master Putu Witsen Widjaya, it’s also now practiced by locals right across the island, who fervently don their combat sarongs and head out to the mud pits in order to achieve the higher levels of fitness, intelligence and emotional wellbeing promised by the sport. 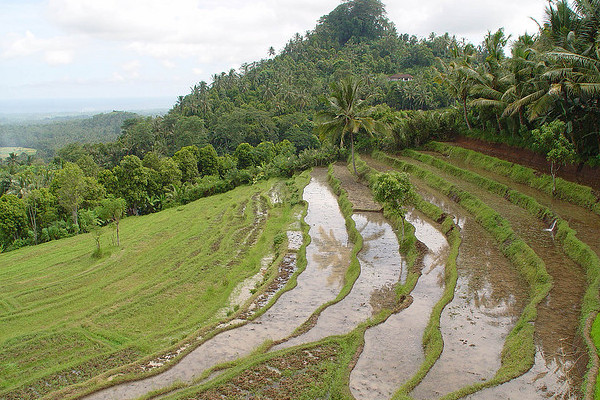 Visitors who opt to get stuck in have the opportunity to learn some of the moves central to Mepantigan whilst enjoying the island’s bucolic backcountry up-close-and-personal. Programs typically include a series of Balinese mud pit games, Kecak body painting, mud horse riding and mud dancing, all of which take place in the marshy rice fields around Ubud, surrounded by cascading paddies and monkey-dotted jungles.

Mepantigan mud games packages run throughout the year and take place in the hills around Ubud.

Sunrise with the gods atop Mount Batur

Don the walking boots and dust off the hiking gear for this one, because treks to the summit of Bali’s second-highest point see travellers soar to more than 1,700 meters above sea level, high atop the calderas and verdant hills that dominate the north of the island. Naturally, the views are fantastic, and walkers can see the famed waters of Batur Lake, the rustic town steads that pepper the forests below, and the crashing left-righters of the Bali Sea in the distance, not to mention even the imposing silhouette of Mount Rinjani on Lombok across the strait on clear days. With this dramatic and breath-taking scene as the backdrop, the sunrise promises to be truly unforgettable; a medley of pink, yellow and orange hues that dissipates across the horizon and colours the lush green landscapes below. Travellers will need to spend a night camped on Batur’s ridges to catch the show in its full glory, while lava flows and hot springs are also part and parcel to many hiking excursions to the top. 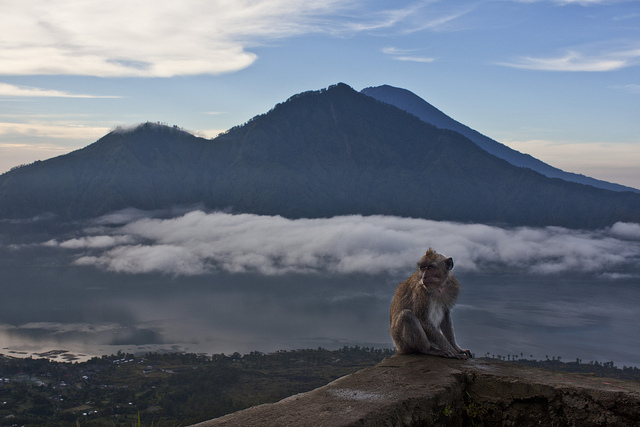 Hiking packages to see the sunrise at the top of Mount Batur run throughout the year and usually depart from the village of Toya Bungkah.

If you’ve headed off-the-beaten-track in Bali and delved deeper into the jungles, mysterious festivals or adrenaline-pumping activities of the Isle of the Gods, then we’d love to hear about it! Be sure to leave your own suggestions for unique activities and sights in the comments below…